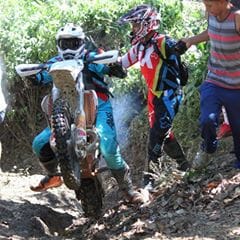 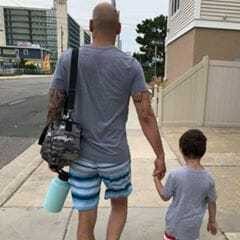 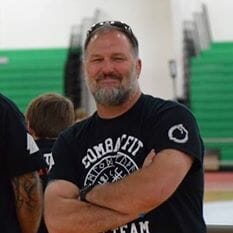 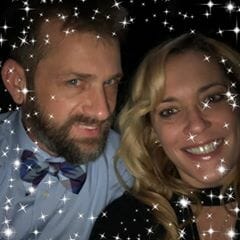 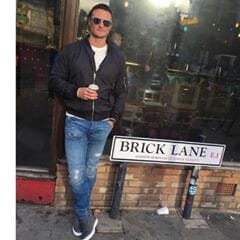 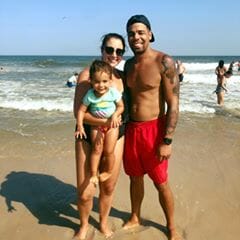 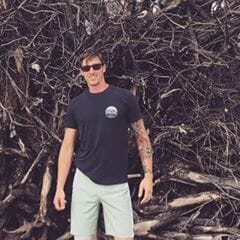 July was an action packed month for us! We had an amazing day for promotions down by the river on July 16th followed by a seminar by my Coach, Rafael Formiga. Our promotions at the water front saw the promotion to black belt for 4 incredible individuals. Al, Joe Pa, Billy, and Vinny all earned their black belts together having each spent years developing on the 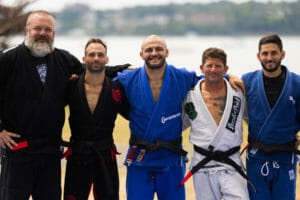 mats. Taking a rough average of 10 years for a practitioner to be promoted to black belt, reaching this level in Brazilian Jiu Jitsu is not an easy achievement to unlock. Between their warm-welcoming of new students, taking new students under their wing to help guide their development, or their years of dedication, discipline, and wisdom on the mats, these 4 gentlemen contribute an enormous amount to EGA. It was an honor for me to promote them in front of their family, friends and peers.

Following our promotions, my teacher, Rafael Formiga came to EGA from Texas. I first met Formiga in 2012 when he first arrived from Brazil barely speaking any English. I had the pleasure that same year to spend a month in Brazil with Formiga, training in the birth place of Brazilian Jiu Jitsu. That experience having changed my life, I came back to NY knowing I had found my purpose.

In 2018, Formiga moved to Texas. It was sad to see him leave but I knew we would still be in touch. This summer marked Formiga’s Second time at EGA since moving and it was a great experience to watch our students get to learn from my teacher. July was a fun month at EGA and I’m excited to see what the fall holds for our tribe! 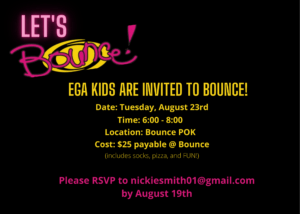 Let’s soak up one of the last evenings of summer together at Bounce! All EGA kids, teens, and siblings are invited. We will have the WHOLE PLACE to ourselves and will be serving pizza! Cost is $25 and can be paid at Bounce. Pizza, drinks, socks, and fun are all included. RSVP date has been extended to August 19th so please reach out to [email protected] so we have an accurate head count for food! See you there!! 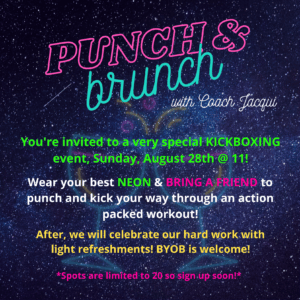 Put on your favorite neon colors to punch and kick your way through an action packed, body weight resistance workout that is sure to leave your endorphins singing your praises!

Celebrate your hard work and join in the festivities after class where light refreshments will be served. BYOB is welcomed! Feel free to bring a friend! Please note spots are limited to 20, so sign up soon! Event sign up will be located at the front desk. 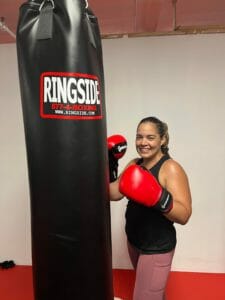 “I joined EGA 6 months ago because I was looking for a challenging yet fun way to get back in shape while working through some personal stress. I had just had a baby 9 months prior and have three other beautiful children. (All girls!)

When I joined I didn’t know I was going to have such a great, supportive community. Kickboxing has taught me to stay focused and has given me more discipline with my exercise routine. I can not fail to mention the positive effects this journey has had on my mental well-being. The stress melts away and I can leave it all on the mat! I love the classes and the instructors who really take the time to ensure the proper form and technique is used. It’s always been important to me that an instructor pay attention and help their clients to ensure proper form and give that extra push! I rise to the challenge when I am pushed and sometimes that’s exactly what we all need. I have learned and grown so much here. I am grateful that I walked through those doors and made the commitment to myself.” 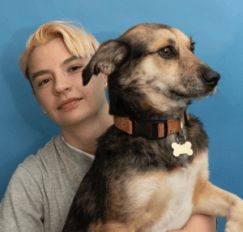 “The past seven months of training at EGA has been nothing short of amazing. In addition to the incredible coaching, the friends I’ve made here are the most welcoming people I’ve ever met. I’m so grateful for Mike and the entire gym.” 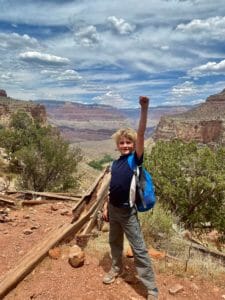 Cole is a soon-to-be 10 year old that has been training BJJ since the age of 6! When he’s not at EGA you will find him playing baseball, football, going on hikes/adventures, and listening to music.  Coach Gabbi says, “Cole is the definition of a model student. He is always well-behaved, showing up to class every day with a positive attitude and an eagerness to improve. His attention to detail coupled with his desire to succeed has really helped him to stand out in the gym as well as when he goes out to competitions.” Cole said his favorite part of training at EGA is all the friends he has made! 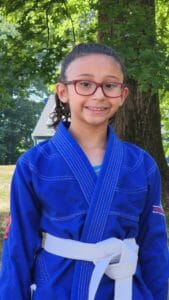 Ariana, age 8, began training BJJ in June! She loves coming to class each week where she learns some new moves she eagerly shows off to her parents. A busy kiddo, Ariana loves to swim, read, practice Jeet Kune Do, and play Roblox with her brothers and friend. “Ariana is new to jiu jitsu, but has an excellent natural comprehension of the sport. She moves really well on the mats and is almost always able to get new techniques down after a few tries. She isn’t afraid to be challenged and always gives 110% whether it’s the warm-up portion of class or it’s live rounds,” says Coach Gabbi. When asked, her favorite thing about EGA and BJJ so far is that she has learned different ways to defend herself and that she has made some cool new friends!

Coach Nick was already an active muay Thai fighter when he first sought out jiu jitsu. Hoping to learn and grow in the discipline, Nick stepped into EGA for his very first BJJ class the summer of 2014 and never left! Since then, he’s grown through the ranks and now proudly wears his brown belt. Over the years as a student, it became apparent Nick possessed the ability to be an incredible, thoughtful coach and teacher. Now with years coaching both muay Thai and BJJ under his belt, Nick is paving the way at EGA Newburgh to bring Orange County the best MMA academy around. 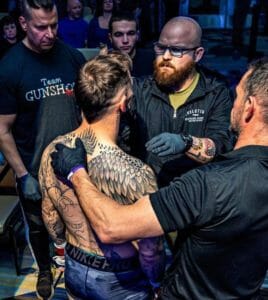 “My favorite part about coaching is seeing an eager student believe in themselves and apply what they’ve learned,” Nick says. Also driving his love of coaching is, “…seeing the mats help build character and create humble individuals.”

What’s a move or technique Nick has loved over the years? Well, we have to shout out Eddie Bravo for this one…the electric chair! A somewhat rare submission, Nick latched on to this move as a white belt when it became his staple until everyone started figuring it out. What are Nick’s proudest moments since starting martial arts? In order: 1) Attending the World Championships with Mike and the team in 2017, as Nick loved watching BJJ at the highest level with his teammates. 2) Watching his brother Steve receive his blue belt. 3) Bringing members of the muay Thai team to Thailand to train and watch fights at the famous Lumpinee Stadium in Bangkok, Thailand. When Nick isn’t training or coaching at EGA Newburgh and Beacon, you can find him on the mats as a ref at tournaments or enjoying long hikes with his dog. 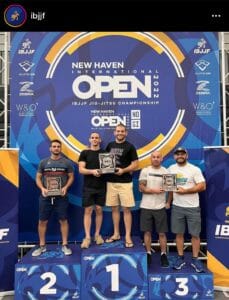 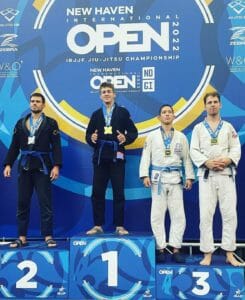 This weekend EGA and our sister gym, Nitro, represented Double Five Jiu Jitsu at the IBJJF New Haven International Open. As a team they brought home 3rd Place Overall in Gi! We want to congratulate our following teammates as they trained, prepared, and went out there putting on great performances and earning many medals!

Nico DeMilio killed it bringing home gold in the Gi Adult Blue Belt Division! Joe Pomarico took his brand new black belt to war and came out with a bronze in the Gi Master 2 Black Belt Division. A gold medal looked pretty incredible around Leo de Sousa’s neck after working his magic in the Gi Master 2 Brown Belt Division. Ashley D’Aversa wrestled her way to a gold in the NoGi Master 1 Purple Belt Division and followed it up with another gold in the NoGi Master 1 Purple Belt Open Division. Lou Torres fought hard and came away with a silver in the Master 2 Purple Belt Division. As usual, Dave Echevaria came ready to roll and earned a gold in both Master 3 Purple Belt and Open Divisions. The next day he brought home a silver in NoGi. Last, but definitely not least, Ricky Kolmel earned silver and an unfortunate battle wound in the Adult Brown Belt Division. Rest and heal up quickly, Ricky! You guys are incredible and we’re fortunate to train with, and learn from, you guys each week. Keep working, growing, and encouraging your tribe to do the same! 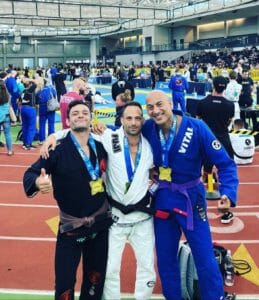 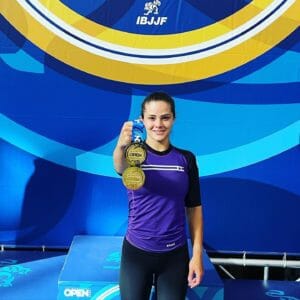 Have you made it through the newsletter and find yourself still wanting more?! We’ve got you covered! If you have yet to check out our other blog posts, back right out of here and see what you’ve been missing! Feeling a little run down in all this summer heat? Maybe you need to up your sodium intake! Read more about that in our first Off the Mats post. Or have you ever wondered what life is like in the weeks leading up to competition for one of EGA’s active competitors? There’s a great Feature Friday post by Ashley D’Aversa where she shares her preparation and gives you great encouragement to find your routine! 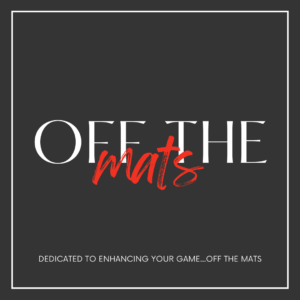 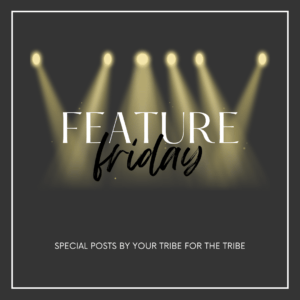